vPrototype b0.0.5 is here with lots of new features for the game, let's discover all the details of this update!

This is a special block that can be broken if hit by pressing the left mouse button. When broken, it will produce some nice block fragment particles, but more about this later in the post.

This is a block that can shoot arrows if triggered by a button or a pressure plates, creating traps that you should watch out for...remember that you can avoid activating pressure plates by jumping over them!

This block can be broken with a new item: the cutters! To break the bars you need to use the cutters on the block by clicking the left mouse button when holding the cutters and facing the bars. Here is how the bars look like: 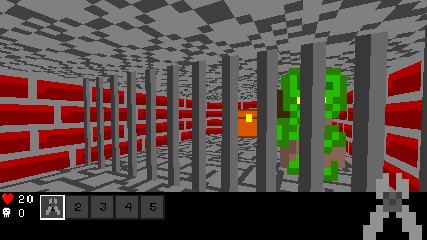 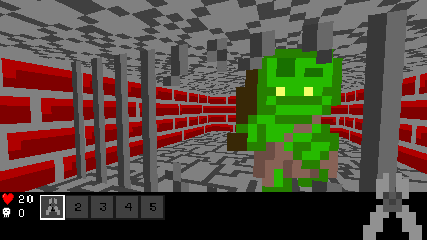 The cutters are a new item that can be found in chests and you can use it to cut the bars block.

This is a new type of projectile that can be shot only by an arrow trap block. 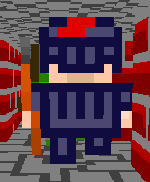 This is one of my favourite feature of the game so far, because they are very easy to customize! In this version of the game there are three different particle effects, but only two of them are effectively visible in the game:

I created a new system that makes the creation of a new weapon easier.

The shotgun shoots 20 fast bullets which will spread and deal more damage than a pistol. In this way you can try hurting more than one enemy at a time!

In order to make is easier for the player to understand when he successfully hits an enemy and when he is hit by an enemy two kinds of indicators have been implemented in the game:

Creating particles for the first time has been really fun and I could implement more particle effects in the future!

Thanks for reading this devlog to the end. Have a nice day!