Despite this game still doesn't have a title (any title suggestion is welcomed!), with this update the game can be considered officially released!

This version introduces different features, the main of which is the level creation system that will make you able to create your own levels! Without any further to do, let's dive right into this special update!

• Door: this is an special block you can open and close by pressing the left mouse button. A door can also be locked and unlocked by activating and deactivating a keyhole block. If the door is locked you won't be able to open it.

• Glass Block: a transparent block that let's you see through it. You can break it by punching it 5 times. Punching a glass block will create some new glass fragments particles! 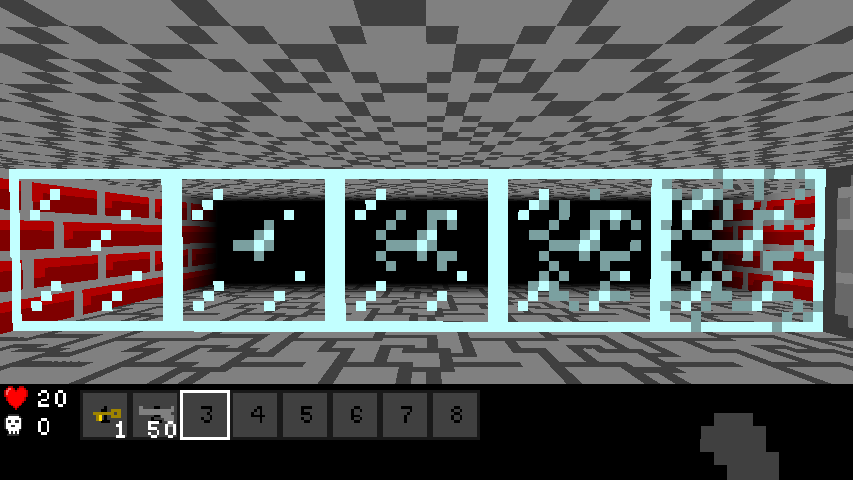 • Light boots: as the name suggests, these boots make your steps lighter, so that if you accidentally walk on a pressure plate while holding these boots, you won't activate it.

• Club: now ogres have a 10% chance of dropping their club when you defeat them. Clubs deal a damage of 5 health points, but their attack deley is longer than a fist. 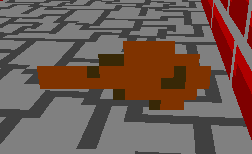 Changes to the rendering engine:

Apart from all the new blocks and items, I also improved the rendering engine of the game (the part of the code in charge of drawing the game on your monitor).

These are the changes I made to the rendering engine:

• Block faces optimization: to allaw glass to be correctly rendered I had to change the algorithm that decides whether or not a face has to be rendered.

Here you can see a before and after this improvement.

• Blocks' faces texturing: the game know renders correctly a block's texture on each face instead of mirroring it in the east and west faces of the block.

Again, here is a before and after the change.

Also the game now supports multiple textures for different faces of the same block, and it has more flexibility for the creation of a block's model.

From now, every time you open the game you will be greated with a main menu where you can choose a level to play or add custom levels. You can move up the selection by pressing the either W or UP arrow key, while you can move down the selection by pressing S or the DOWN arrow key. To play a the level you are selecting, press ENTER. You can also scroll the mouse wheel to go up and down through the list of all the levels you have loaded. 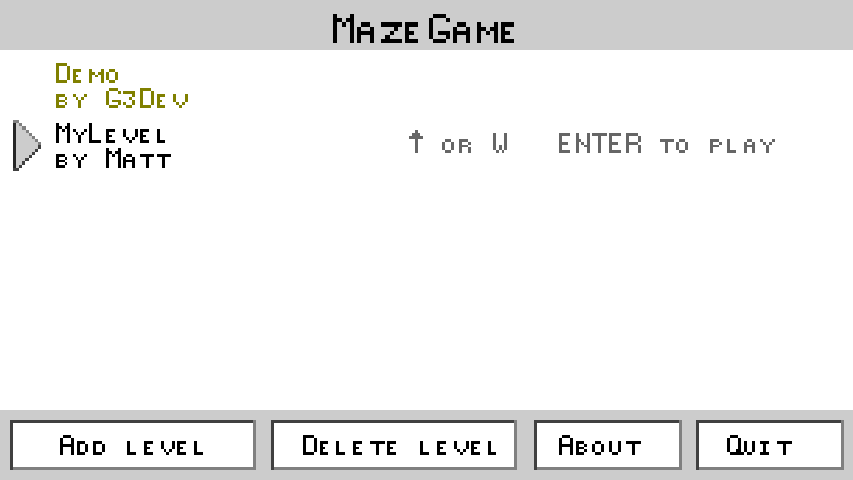 This is probably the most important feature of this update. From now, you will be able to design and publish your own levels for this game. In this devlog I will give you a brief explanation of how to create a level but there's a more detailed guide at this link (click to visit).

• How to create a level:

• How to load and play a level:

• The player didn't die when his health points were lower than or equal to zero.

The game is now officially released, in the future there might be a sounds and music update or other changes. Now it's your turn, create your levels and share them here to let other people play them!